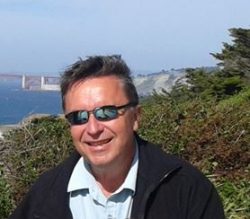 The role of small proteins, peptides and dual function transcripts in cyanobacteria

With our project we are aiming at the peptidome of the cyanobacterium Synechocystis sp. PCC 6803 in order to identify the suite of small proteins and to examine the functions and relevance of selected examples.

Photosynthetic cyanobacteria provide a paradigm for small protein’s functions due to decades of extensive work on the photosynthetic apparatus. This work alone has led to the functional characterization of 19 proteins of less than 50 amino acids. The shortest annotated protein conserved in cyanobacteria is with 29 amino acids the cytochrome b6f complex subunit VIII, encoded by the gene petN.

Because genes possessing very short reading frames are only to a very limited number identified during the standard annotation of microbial genomes, we have analyzed the transcriptomes of Synechocystis 6803 and the closely related strain Synechocystis 67141–3 to find transcripts originating from regions in the genome that lack any annotation. One result of this work has been the identification of several small regulatory RNAs that control photosynthetic functions, iron homeostasis or the acclimation to low nitrogen4–6. The other result has been the finding of an unexpectedly high number of transcripts containing previously unknown small ORFs. We have chosen five of these candidates for small protein-coding genes and could after tagging verify their expression and interesting differential expression7. In the frame of this project we will focus on small proteins which exhibit interesting patterns of regulation and are predicted to play important functions during the acclimation to changing environmental conditions.