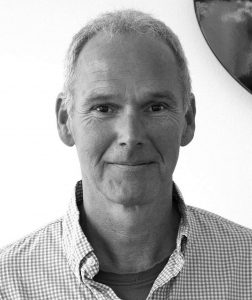 Small membrane proteins (SMPs) as organizers of the bacterial membrane

University of Freiburg (Germany), Institute for Biochemistry and Molecular Biology

Small membrane proteins (SMPs) constitute the least characterized members of the bacterial membrane proteome. SMPs are defined as hydrophobic proteins of less than 50 amino acids in length, which consist primarily of a single transmembrane domain (TM). Despite their similarity in topology and structure, SMPs have been associated with diverse biological processes ranging from stress response to co-factor insertion into membrane protein complexes.

It is in particular their short length which poses a significant challenge to bacterial cells when it comes to membrane targeting and insertion. Bacterial membrane proteins are generally targeted by the signal recognition particle (SRP), which delivers membrane proteins co-translationally to either the SecYEG complex or YidC for insertion. This targeting and insertion mode reduces the risk of membrane protein aggregation within the aqueous cytosol and appears to be especially important for the largely hydrophobic SMPs. However, cotranslational recognition by SRP requires a length of at least 42-45 amino acids and most SMPs are just too short for this canonical recognition by SRP. Thus, it remains to be analysed how SMPs are guided through the aqueous cytosol for insertion. Likewise, it is largely unknown whether SMPs are inserted by SecYEG, YidC or by a so far unknown alternative insertion mechanism.

Many SMPs are upregulated upon stress conditions, but how increasing the SMP concentration can counteract detrimental conditions like temperature or oxidative stress is unknown. SMPs could mechanically increase membrane stability or they could establish membrane microdomains, which would provide novel contact sites for stress-defeating proteins.

Finally, SMPs have been associated with the formation of oligomeric membrane protein complexes and in particular with the insertion of cofactors into respiratory complexes. Considering that these SMPs lack recognizable motifs, a role in stabilizing folding intermediates of their client proteins for subsequent cofactor insertion appears likely.

For obtaining a comprehensive insight into SMP biology, we aim to illuminate the fate of SMPs in E. coli from their site of synthesis at the ribosome up to their insertion into the bacterial membrane. We will furthermore reveal the cellular and molecular consequences of SMP insertion on membrane stability and architecture as well as on stress resistance.  Finally, we will explore the function of SMPs during the assembly and co-factor insertion into respiratory complexes. For this far-reaching analysis, a variety of highly relevant and sophisticated experimental strategies will be explored, ranging from highly purified biochemical systems, in vivo site directed cross-linking to state-of-the art microscopy and mass spectrometry. This holds the premise to provide in-depth knowledge into biogenesis of SMPs and the biological processes controlled by SMP expression.