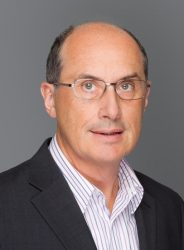 Chemo-enzymatic platform for the discovery of natural and functionalized sactipeptides

Sactipeptides are members of a family small proteins of bacterial origin. The hallmark of sactipeptides is the presence of at least one intramolecular thioether bridges that a formed by the linkage of a cysteine thiol with the alpha carbon atom of a partner amino acid. Through this very uncommon linkage, biomolecules with only a few dozens of amino acids in length are formed that display extraordinary chemical stability and conformational rigidity. Numerous putative sactipeptides have been identified in bacterial genomes through database mining. Only for five sactipeptides the details of their thioether linkages are known. The main goal of the proposed project is the in depth characterization of up to now unexplored sactipeptides by application of a combination of methods of molecular biology, biochemistry, and peptide chemistry. This knowledge will be used for the generation of sactipeptides with novel functionalities using protein design and directed protein evolution strategies. Sactipeptides with tailor-made affinities towards disease-related target molecules have not been described to date. A prerequisite of their successful generation is a detailed knowledge about the molecular recognition of sactipeptide precursor proteins by the respective sactionine synthase enzyme that serves as tool for the chemo-enzymatic synthesis of non-natural sactipeptides. As a consequence, sequence and structure parameters of sactipeptide precursor recognition by the thioether forming enzymes will also be investigated in the frame of this project.