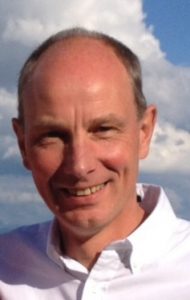 Even in the postgenomic era of the 21st century, the function of many proteins remains unknown. Almost 3’000 domains of unknown function (DUFs) are described in bacteria. We investigate three small members of the wide-spread DUF1127-Familie in the plant-pathogenic bacterium Agrobacterium tumefaciens. All three proteins are differentially produced under various growth conditions. A hallmark of these 47 or 48 amino acid long DUFs is their richness in arginines.

To explore the physiological function of these arginine-rich proteins, we will construct mutant strains with single or multiple deletions of the DUF1127 genes as well as overexpression strains and subject them to phenotypical analyses. Growth behavior, stress tolerance, biofilm formation and virulence phenotypes will be tested. Recombinantly produced DUF1127 proteins will be used to study their biochemical properties. One of the questions is whether these homologous proteins assemble into homo- or heterooligomeric structures. The major aim of this project is to identify the cellular interaction partners of the DUF1127 proteins. Due to multiple positively charged arginines, we expect anionic molecules as interaction partners and propose to systematically narrow down the biomolecules associated with these small proteins. RNAs bound to the individual DUF1127 members will be enriched by co-immunoprecitation followed by next-generation sequencing. Proteins in complex with the DUFs will be identified by mass spectrometry. Membrane fractionation and liposome co-sedimentation will reveal whether the DUF1127 members are recruited by anionic lipids, most likely cardiolipin. The experiments proposed in this application will provide first insights into the yet elusive biological function of this widely distributed and conserved bacterial protein family of unknown function.